Amassed over decades, the Rolf Ricke collection was acquired jointly in an unprecedented effort by the Kunstmuseum St. Gallen, the Kunstmuseum Liechtenstein and the Museum für Moderne Kunst (MMK) Frankfurt. And so the museum in St.Gallen possesses an important group of works of postminimalist art, which can now be shown together for the first time, complemented by curated loans from private and public collections, as well as by works by St. Gallen-based artist, Roman Signer, who took important inspiration for his own work from Harald Szeemann's Live in Your Head. Yet in the spirit of former gallerist, Rolf Ricke, the primary focus of the exhibition Post / Postminimal is not on what today is generally a heroically glorified past, but instead offers a wider perspective with a deliberate concentration on the present and future.

Live in Your Head: When Attitudes Become Form and Op Losse Schroeven: Situaties en Cryptostructuren were the names of two epoch-defining exhibitions held in 1969 at the Kunsthalle Bern and the Stedelijk Museum Amsterdam. Curated by Harald Szeemann and Wim van Beeren respectively, the two shows were instrumental in introducing a broader concept for sculpture that rejected the traditional understanding of art as artefact in favour of process-orientated approaches and expanded the canon of materials to include previously untried materials such as neon, latex, polyester, etc. Based in Cologne, gallery owner, Rolf Ricke, was a key behind-the-scenes figure, inviting artists to Europe as early as the mid-1960s to create works locally for his exhibitions. As a pioneering champion of new American art, he brought artists such as Richard Artschwager, Bill Bollinger, Gary Kuehn, Richard Serra and Keith Sonnier to Kassel and later to Cologne, where they worked on site and developed new projects specifically for the gallery. All of them were later represented with works in the two aforementioned exhibitions, although they had been exhibited previously by Rolf Ricke in solo and group shows, including the landmark Programm I (1968), whose significance personally and for his gallery he summed up thusly:

«The Programm shows were sometimes more important than solo exhibitions for me. [...] Group exhibitions were a personal challenge for me. I actually did them for myself. In my mind, the Programm shows [...] were a setup for the future, a preview. It was also important for me to become familiar with works. In dialogue, I understand the works in a different way. In this exhibition, I polarised; I confronted works, which means I encumber a work that fascinates me incredibly with another one. I did that occasionally in a very brutal and direct way. That was very important to me, both for a deeper understanding as well as for future decisions.» (Rolf Ricke, 2007)

For Post / Postminimal, the Kunstmuseum St.Gallen has invited a number of contemporary artists, all of whom were born after the epochal 1969 exhibitions and whose works nonetheless take the sculptural possibilities of the late 1960s and 1970s and redefine them for the present. This may very well serve as an indicator of the groundbreaking formal achievements made in sculpture and how dynamically they reverberate today. In contrast, contemporary art is less concerned with moving beyond a conventional artistic canon than with widening it in terms of content and materials. Artistic approaches no longer need to define themselves as bold gestures or radical breaks with tradition, but instead build very naturally and accordingly easily on the formal research of previous generations, linking it with other artistic experiences and creating works informed by their own unique sensibility.

The treatment of historical positions ranges from a deepening of the process-oriented approach through the use of modern materials and contemporary techniques (Raphael Hefti, Kilian Rüthemann, Christoph Weber), to thematic or poetic enrichment of the often self-referential formal compositions of former periods (Katinka Bock, Mariana Castillo Deball, Thea Djordjaze), all the way to the ironically truncated quote, which cleverly puts the heroic gestures of past departures in the realm of the absurd (FAMED). And so Post / Postminimal presents a generation-spanning, broad discourse on the rediscovery of sculpture in contemporary art: Nine exciting Generation X - Z artists meet seven prominent figures who influenced today's sculpture – with the difference that the formal and/or thematic approaches not only connect and permeate the work of the individual artists, becoming receptive not only to art history, but also in equal measure to the world. The artist Katinka Bock expresses this cogently: «That which one creates comes from life; art is always anchored in life, it is a contribution to life. My work involves me with people and their culture. We make decisions, nothing simply happens to us. A plant, for example, alters itself, but it takes no decisions. Culture changes by virtue of decisions and responsibility if we get involved.» (Katinka Bock)

*1976 in Frankfurt a.M
lives and works in Paris

* 1975 in Mexico City
lives and works in Berlin and Amsterdam

*1978 in Biel-Bienne
lives and works in Zurich and London
www.raphaelhefti.ch

* 1939 in Plainfield
lives and works in New York and Wellfleet
www.garykuehn.net

* 1981 in Den Haag
lives and works in London and Amsterdam
www.magalireus.com

* 1979 in St.Gallen
lives and works in Basel
www.ruethemann.net

* 1941 in Mamou
lives and works in New York
www.sonnierstudio.com 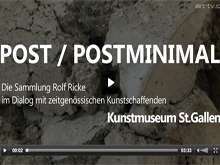 Watch the video about our exhibtion by ART-TV, a Swiss online broadcaster 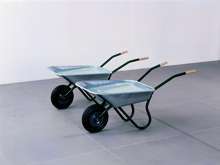